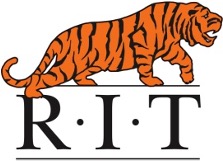 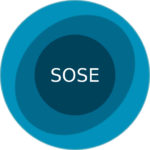 Conference Theme: A.I and Machine learning in Systems of Systems 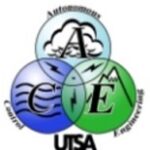 The SoSE 2022 conference will be in person / hybrid. However, the authors will be able to present their papers virtually if they cannot attend the conference.

How Did I Get Involved with System of Systems Engineering: A History?

Robots in Control – from Tele-operation to Autonomous Convoying

Inviting Chaos: Countering and Exploiting Emergence at the Intersection of Systems of Systems and AI. 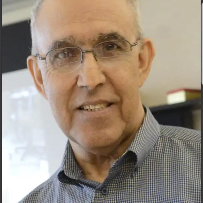 Download Presentation
Abstract: This keynote will provide a history of author’s involvement in System of Systems Engineering (SoSE) at the global level. He was a consultant to NASA JPL and headquarters from 1994 to 2004. It was in early 2004 that he learned about SoS at JPL. Since he was the author of the first textbook on Large-Scale Systems (LSS) in 1983, SoS was a natural extension of LSS for him. As Vice President and General Chair of IEEE SMC annual conference in 2005, he convinced SMC to choose SoS as the theme of 2005 SMC annual conference. The panel sessions and keynotes on SoS added to my enthusiasm of this new technology. During that SMC Conference, he decided to launch a new IEEE Conference on SoS Engineering (SoSE). By June of 2006 he opened the 1st IEEE Conference on SoSE in Los Angeles – jointly sponsored by SMC and Systems Council. To his pleasant surprise over 60 attendees came and even more surprising was that the majority of them were from major aerospace companies like Lockheed Marti, Raytheon Technologies, Boeing, Mitre, Aerospace Corp., etc. By 2011, the 4th SoSE Conference, INCOSE – The International Council on Systems Engineering rendered its support of the meeting. From that point on, it became an IEEE/INCOSE meeting and financially independent. At the time, due to national recession, SoSE 2008 and 2009 suffered a large financial shortage and both IEEE SMC and Systems Council ended their financial supports. We decided to move on without IEEE’s financial support and with a collaboration between University of Texas art San Antonio (UTSA) and a partner institution, we continued our mission. From 2009 onward, every time the conference was in US, the partner schools were UTSA and RIT – Rochester Institute of Technology with Ferat Sahin as the co-General Chair. In 2010 we received a proposal from Michael Henshaw of Loughbrough University and SoSE went to Europe for the first time. The rest is history to be elaborated at the keynote. This SoSE is the 17th annual conference. About: Mo Jamshidi is a F-IEEE, F-ASME, AF-AIAA, F-AAAS, F-TWAS F-NYAS, F-EASA. He received BSEE (Cum Laud) at Oregon State University in 1967, the MS and Ph.D. in EE from the University of Illinois at Urbana-Champaign in June 1969 and February 1971, respectively. He holds honorary doctorate degrees from the University of Waterloo, Canada, 2004, Technical University of Crete, Greece, 2004 and Odlar Yourdu University, Baku, Azerbaijan in 1999.  Currently, he is the Lutcher Brown Endowed Distinguished Chaired Professor at the University of Texas, San Antonio, TX, USA. He was an advisor to NASA for 10 years (including with 1st MARS Mission and 7 years with NASA HQR), 9 years with US AFRL, and 8 years with USDOE and 1 year EC/EU.  Currently he is a consultant on US Army Science Board. He has over 800 technical publications including 75 books (11 textbooks, 1 history of science and poetry), research volumes, and edited volumes in English and five foreign languages. He is the Founding Editor or co-founding editor or Editor-in-Chief of 5 journals including IEEE Control Systems Magazine and the IEEE Systems Journal.  He has graduated or advising 67 PhD and 85 MS students. Among them four PhD’s among Native Americans, ten PhDs among Hispanic and eight PhD’s among African Americans. His former students are successful professionals in 28 nations around the world.  He is the recipient of IEEE Centennial Medal 1984, WAC Medal of Honor, 2014, US Army Achievement and Service Medal, 2021, Two Lifetime Awards in Systems Engineering (IEEE-USA and Systems Society of India), fellow of European Academy of Sciences and Arts, among many other awards and honors. He is a member of the University of Texas System Chancellor’s Council.  He is currently involved in research on system of systems engineering with emphasis on robotics, drones, biological and smart grid, machine learning and AI applications in control and navigation.. He has about 12681 citations on Scholar Google.
Saeid Nahavandi 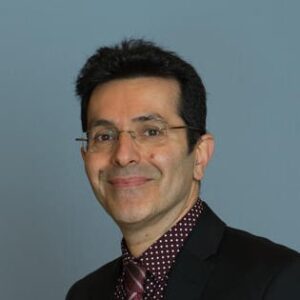 This talk will highlight how a group of robots can work together to solve a series of complex tasks autonomously in a highly unstructured environment. Recognition of human intentions, planning, and actions from multimodal signals in robotics and autonomous systems are explored. The progression of developed technologies from bilateral control of a group of robots initially, with human in-the-loop to more advanced cases of on-the-loop to finally a case of fully autonomous collection of robots performing a convoying operation independently. Several case studies are presented and major challenges are discussed.

Saeid Nahavandi received a Ph.D. from Durham University, U.K. in 1991. He is an Alfred Deakin Professor, Pro Vice-Chancellor, Chair of Engineering, and the Founding and current Director of the Institute for Intelligent Systems Research and Innovation at Deakin University. His research interests include modeling of complex systems, robotics and haptics. He has published over 1000 scientific papers in various international journals and conferences. Saeid was the recipient of the Researcher of the Year for Australian Space Awards 2021, Australian Defence Industry Awards – Winner of Innovator of the year, The Essington Lewis Awards, and Australian Engineering Excellence Awards – Professional Engineer of the Year.

The arrival of software in human systems is an ongoing epochal change with the equivalent impact as spoken language and the written word.  Software (embodied as code executing on computer hardware, connected to other computers), is fertile ground for maximally spawning System of Systems (SoS).  Furthermore, the potential for software is seemingly infinite and the current momentum is advancing along the artificial intelligence (especially machine learning) axis.  The intersection of SoS and artificial intelligence and machine learning (AI/ML) highlight the dawning of the era called The Entanglement.  Coined by computer scientist Danny Hillis, The Entanglement describes an era where the complexity of machines exceeds the ability of humans to comprehend them.  This era exhibits regular unanticipated (and occasionally catastrophic) emergent behavior in and across systems.  This environment mandates new toolsets including mental models and frameworks.  Anchored in new approaches like Emergent Engineering (EE), these tools focus on selective context modification, fault tolerance, outcome distributions, nonlinear dynamics controls, and adaptation.  Countering and exploiting emergence, both negative and positive respectively, at the intersection of AI and SoS is fundamental to navigating through The Entanglement.  This presentation will discuss the characteristics this intersection, effective strategies & tools, and predictions for the future.

Darryl Nelson is an Engineering Fellow at Raytheon Intelligence & Space where he is the Technology Director of Data and Software Engineering.  Previous roles include Chief Engineer, Chief Scientist, and Corporate Technology Director where he served multiple Department of Defense and Intelligence Community customers. Prior to Raytheon, Darryl worked in the commercial industry in business intelligence and ecommerce, including startups. He specializes in scalable system architectures with a current focus on joint all domain operations, distributed computing, and operationalizing AI. Darryl is a US Army veteran and his many interests include the impact of software on the future of warfare.

For general and technical program inquiries about the conference, please contact:

Or the Program Co-Chairs